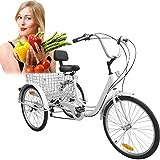 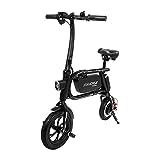 Your Guide To Buying an Adult Tricycle

Even though we associate a tricycle as being a bicycle for little kids, it wasn't always so. In fact, when the adult tricycle was introduced into England in the 1800s, it was used primarily by the wealthy. Riding around casually would give them an air of importance and status. But nowadays, adult tricycles, or “trikes”, can even be serious speedsters. Others allow you to tow around a good deal of groceries in a way that tones your muscles as the same time. But the details can vary widely: there can be special tires for different types of terrain, and you can choose between single- and multiple-gear models. Here is a guide to some of the best adult tricycles on the market.

Schwinn—was founded by the German-born Hermann Schwinn in 1895, in Chicago, Illinois. The company is a well-known manufacturer of bicycles, making cruisers, mountain bikes, hybrid bikes, urban and bike path bikes, and bikes for children. They are presently merged with Pacific Cycle, Inc.

MoboCruiser—is a division of Asa Products, which has been designing and marketing tricycles for toddlers, kids and adults since 1998. They also make a number of sizes for each weight capacity, that are also adjustable to match the person's size.

Komodo Cycling—is a brand of Big Roc Tools, Inc., which is located in Baldwin Park, California. Big Roc Tools was started in 1983, and now has extensive lines of tools and hardware. Komodo Cycling are makers of skateboards and adult tricycles.

Worksman Cycles-- are makers of industrial bicycles and tricycles, vending carts and trucks, delivery bicycles, cargo bikes and more. The company was founded in 1898 by Morris Worksman in Queens, New York, who used a tricycle for deliveries, instead of the horse and wagon, which was prevalent at the time.