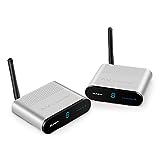 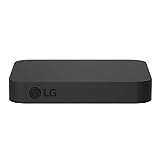 Your Guide To Buying an Av Receiver

An AV receiver, or “Home Theater receiver”, is the next step up after using a sound bar to enhance your television's or home theater's sound system. It takes in an audio signal, amplifies it, and passes it on to speakers all around the room. It can be used to enhance the sound of television programs, cable satellite programming, a Blu-ray DVD player, a computer—and even your portable devices like a smartphone or iPhone. It allows you to switch the input from one device to another by just clicking a button, without having to detach and re-attach wires. But if it tries to do so many things, it might end up being hard to know what to choose. Here is a guide to some of the best AV receivers on the market.

Yamaha-- is a Japanese corporation established in 1887 in Hamamatsu, Japan, for manufacturing musical instruments. They have expanded over the years to manufacturing electronics, motorcycles, and power sports equipment as well.

Onkyo—was established in 1946 as a company specializing in phonograph equipment. They later expanded to stereos, CD players, amplifiers, and A/V receivers.

Pioneer-- was founded in 1938 by Nozomu Matsuomo in Tokyo, Japan, for manufacturing and repairing audio speakers. Presently the company is based in Kawasaki. They specialize in digital entertainment products, such as car audio devices and electronics, optical drives, home audio-visual devices, and DJ equipment.

Denon-- was founded in 1910 as part of the Japan Recorders Corporatoin, making vinyl records and phonographs. They assumed the name Denon in 1947 after a company merger. They make professional and consumer audio and movie equipment: A/V receivers, Blu-ray players, tuners and headphones.