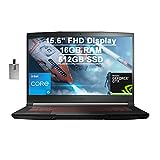 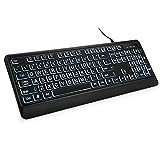 Your Guide To Buying a Backlit Keyboard

Backlit keyboards have been a feature of laptop computers for years. Aside from just looking cool, they serve an important function as well—making it easier to work on the computer regardless of the light level in the room. The lights are unobtrusive in bright light, but in dim light or darkness, they illuminate the keys, making it possible to keep working through the night. Today, backlit keyboards are available as peripherals for desktops and other computers, and if you often find yourself working at night, it might be worth looking into one. If you are, here are some things you’ll need to know in order to make the best purchase.

Color-coded: Color-coded keyboards feature sections with different colored LED lights to make it easier to distinguish one group of keys (for instance, the number pad) from others.

Gaming: Gaming keyboards are specially designed for computer gamers. Not only are the relevant sections of the keyboard often color-coded (for instance, the ones used for character movement), but they usually come with extra keys and controls for maximum performance.

Wireless: Wireless keyboards allow for increased mobility, as the user doesn’t have to plant herself or himself next to the computer to get work done. The keyboard connects to the computer via a USB plug-in, and is powered by batteries (as opposed to normal keyboards, which draw their power directly from the computer).

Here are a few qualities reviewers consider when they talk about the keyboards they have purchased:

Logitech: Logitech is a Swiss company that is one of the world’s leading producers of computer peripherals. The company originally made computer mice, but has since expanded its production to include virtually every device a computer user might need to enhance performance.

Perixx: Perixx is a German manufacturer of computer peripherals. Founded in 2006, the company produces a variety of high-quality input devices, with a particular focus on computer mice and keyboards.

Modtek: Modtek is a division of Xoxide, an American computer company. Modtek’s focus is the production of peripherals, from cooling devices to keyboards.

Adesso: Adesso is an American manufacturer of computers and computer-related accessories. The company produces a wide range of products, from tablet computers to a number of different kinds of keyboards for a variety of computer users.