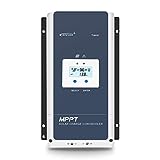 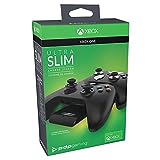 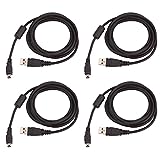 Your Guide To Buying a Charge Controller

The world is searching for sources of renewable energy—and solar energy is a big favorite. It reduces pollution, doesn't have the fossil fuel emissions that contribute to global warming, and lowers fossil fuel prices. If you want to reduce your electricity bill, or if you’re using a recreational vehicle and you need a source of energy, you might want to run off solar power. Photovoltaic (PV) cells convert solar energy into electricity—and this electricity is stored in batteries. There are solar charging battery systems. But once the batteries are fully charged, they can be damaged if they continue to charge. Also, if there is an intensely bright sun, the batteries might not be able to handle the incoming voltage. Charge controllers, also known as solar regulators, are designed to protect the batteries to prevent overcharging. A controller will regulate the current going to the batteries, according to how much they have charged up.  Once a battery is fully charged, they prevent the battery from becoming damaged as a result of being charged any more. But there are a couple of varieties of charge controllers. There are two main types of charge controllers: pulse width modulated controllers, and maximum power point tracker controllers. Each one has a different emphasis: The MPPT controller converts the voltage from the solar panels, to achieve the optimal voltage and power transfer for the batteries. The PWM controller is geared more to protect the life of the batteries, and to make sure that the charge stored in them doesn't leak out so fast.

To help you make the right choice, we have put together this buying guide including everything you need to know about charge controllers to make a good investment. It'll help you:

Charge controllers are voltage and current regulators that are designed to keep batteries from overcharging. Typical solar panels will produce between 16-20 Volts, which could damage batteries that need only 14 volts to charge up.

But then it was realized that the batteries last longer if there are three stages:

1) Bulk: The batteries charge up gradually to the bulk level voltage of 14.4-14.6 Volts, while the batteries are drawing maximum current.

2) Absorption: The batteries' voltage is maintained at 14.4-14.6 Volts for a specified time, and the current decreases, while the batteries charge up to the full state of charge (SOC).

3) Float: When the batteries are fully charged, at the end of the specified absorption time, the voltage is lowered to a “float” level (13.4-13.7 Volts), and the batteries draw a minimum of current, to kept it at that “float” level, until the beginning of the next cycle.

There are two types of charge controllers:

The controller you buy will be determined by the battery bank voltage and the maximum current produced by the solar panels:

Renogy—(also known as RNG Group) is a renewable energy company that makes solar energy products. They make solar panels for homes, businesses, and recreational vehicles. They are based in Ontario, California.

Tracer-- is a brand of Epsolar Technology Company, Ltd. They were established in March 2007, and are located in Beijing, China. They make solar charge controllers, off-grid inverters, LED drivers and power units.

Morning Star—was started in 1993 and are based in Newtown, Pennsylvania and Jessup, Maryland. They are makers of solar controllers and inverters.

Outback Power— was founded in Arlington, Washington in 2001. They specialize in electronics for renewable energy, backup power, and marine and mobile applications. They have designed a wide selection of products: grid inverters, grid-tie inverters with battery backup, MPPT charge controllers, and communications network products. They make equipment that can survive in harsh conditions.