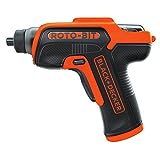 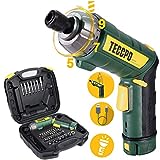 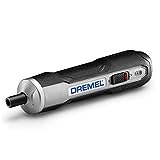 Your Guide To Buying a Cordless Screwdriver

If you love doing home improvement projects, you already know the importance of having good tools. But even if you’re not a handywoman (or handyman), at some point you’re going to need to fix something around the house, and there’s a good chance that it’s going to require a screwdriver. Screwdrivers are among the simplest tools out there, but they can be a pain to use, especially for larger projects or if you have health issues that can make using one painful. Fortunately, there are plenty of power screwdrivers on the market that can make the chore much easier, and cordless screwdrivers come with the added benefit of being much more portable—you can take them to wherever they’re needed, without having to look for a power outlet. Here are some ways to find the best cordless screwdriver to fit your work needs:

When you start looking for your next power tool, there are two main varieties to be aware of:

Here are some of the things customers talk about when reviewing cordless screwdrivers:

The leading manufacturers of cordless screwdrivers have one thing in common: they have all been around for a long time, having started off as tool manufacturers before moving into power tools. As such, they all have had plenty of time to perfect their craft.

Black & Decker: Black & Decker is one of the leading tool manufacturers in the world, and has been almost since its founding in Baltimore, Maryland in 1910. The company has a well-deserved reputation for high-quality equipment, both manual and powered.

Dewalt: Dewalt is an American industry leader in powered tools and equipment. Founded in 1924, the company’s products are a popular choice for professionals, and can be found on many construction sites and workshops. Their smaller-scale tools are equally popular among home improvement enthusiasts.

Hitachi: Hitachi is a Japanese electronics manufacturer. Founded in 1910, the company has a strong reputation in a variety of fields, from electronics to tools.

Makita: Makita is a Japanese tool manufacturer. Founded in 1915, Makita began producing power tools in the late 1960s, and has since branched into other areas of home improvement.