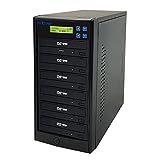 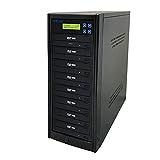 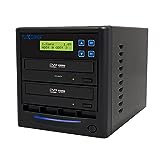 Your Guide To Buying a Dvd Duplicator

The DVD (which stands for “Digital Versatile Disk”), was invented by the major electronics companies in the 1990s: Sony, Philips, Toshiba, and Panasonic. DVDs are a good way to backup data permanently. DVDs are a more stable medium for backing up and carrying around information than a USB flash drive. If you want just one copy, then an internal or external DVD burner will be sufficient. But what if you want many copies of the same DVD? If you're into copying music or home video, and you have to make a lot of copies at once, you'll find a DVD duplicator handy. There are also more serious DVD duplicators for office use. And there are still things to learn about how to achieve the best results. Here is a guide to some of the DVD burners on the market.

Acumen Disc—are makers of duplicators, controllers, optical drives, and 3D printers. They were established in 1995 in Somerset, New Jersey. Their equipment is used for computer, video, audio, photography, entertainment, and multimedia.

Copystars—are makers of standalone optical drive duplicators. They have been designing and manufacturing BluRay and DVD duplicators since 2004. They make duplicators for USB flash drives and memory cards as well.