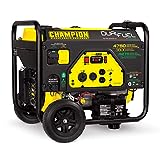 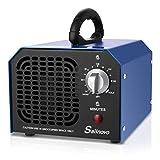 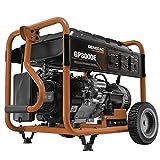 Your Guide To Buying a Generator

Power outages are unfortunately a common occurrence. They could be during a snowstorm or hurricane, when a tree knocks down a power line. It can quickly develop into a life-threatening situation—so it's best to have a backup source of electricity. On the lighter side of things, maybe you want to go camping with your car or a recreational vehicle—and you still want to have the use of some electrical appliances. In all these cases, a generator is a wise investment. But there are a lot of factors to consider—size, power, efficiency, and price. Here is a guide to some of the best generators on the market.

A generator will take diesel or gasoline to power a motor, which in turn will produce electricity. The number of revolutions per minute (=rpm) of the generator will determine the frequency of the electricity output. The power of the generator (in watts) will be the most important number when considering what generator to buy: take all the appliances that you want to power, and get a generator that can provide power for all of them. An electric heater will be between 1-3 kilowatts; a refrigerator will be around 1.4 kilowatts, etc.

WEN-- was founded by Nick Anton in 1951. They are manufacturers of power tools, generators, and engines. They have expanded over the years from saws, soldering guns and polishing tools to drill presses, tool chests, and air compressors. Their headquarters is located in Elgin, Illinois.

Kohler-- is a manufacturer of generators and engines, kitchen and bath plumbing fixtures, and furniture. They were founded by John Michael Kohler in 1873. They are presently located in Kohler, Wisconsin.

Briggs and Stratton-- is a company founded in Milwaukee, Wisconsin in 1908 by Stephen Foster Briggs and Harold M. Stratton. Presently their headquarters is in Wauwatosa, Wisconsin. They are the world's largest producers of gasoline engines for outdoor power equipment. They originally made automotive components and gasoline engines—but over the years they have developed a number of innovations in manufacturing engines, including hybrid engines that run on electricity and gasoline.

Generac-- was founded in 1959 as a manufacturer of home standby generators. They now make portable generators as well for a number of recreational and emergency backup purposes.