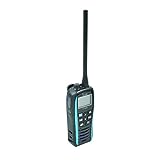 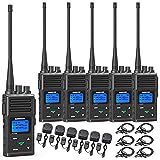 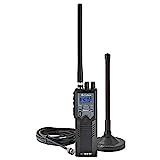 Your Guide To Buying a Handheld Cb Radio

Citizen’s Band (CB) radios, although invented in the 1950’s, became especially popular in the 1970s, when the United States set the speed limit at 55 mph. By means of CB radio, drivers could warn other drivers of police speed traps, where gas stations are located, and alert them in case of emergencies. Even though a lot of this has been superseded with smartphone apps and GPS devices, CBs still have a level of popularity among truckers, to communicate directions and any problems with traffic--as well as just for socializing. A portable CB works well in small spaces or to be moved around as it is more compact and light than other models, and is perfect for people looking for a short-range, two-way communication system.

We can distinguish between the types of handheld CB radio by the antenna that they employ:

Cobra--was founded by Carl Korn in 1948 as B & K Electronics, making television servicing equipment. Under the name Dynascan, the company made the first citizen's band radio, which they named The Sidewinder. The next model was called The Cobra--which eventually became synonymous with CB radios. They also make radar detection equipment, marine electronics, mobile navigation, and two-way radio. Their main headquarters is in Chicago, Illinois.

Yaesu--was founded by the radio amateurist Sako Hasegawa in 1959, in the Tokyo neighborhood of Yaesu. He originally wanted to make commercial and amateur radio equipment, but he later went into the line of airband and marine radio as well. Some of their products are sold under the name Vertex Standard, Inc.