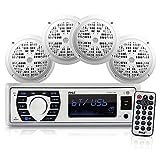 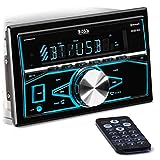 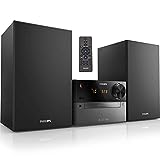 Your Guide To Buying a Home Stereo System

If you are looking for a simple system to play your favorite tunes, an upgrade to your current system, or you want something with pizzazz to add to your entertainment system, stereo systems offer a variety of sound options. There are a lot of name brands and various model features out there and deciding can be stressful, but we are here to help you make a sound investment with your stereo system! This stereo system buying guide will assist you with navigating through your options and deciphering the jargon so that you can quickly and easily decide which stereo system is perfect for you.

All-in-one Stereo Systems: These stereo systems are compact and lightweight, offering all the features you would expect in a stereo system in one single unit. Combining speakers, amplifiers and controls into one easy-to-move device makes all-in-one stereo systems ideal for smaller areas as well as for situations where you will be moving around your system from time to time.

Sub-less Stereo Systems: Sub-less stereos are a good compromise between size and audio quality. They consist of a compact system amplifier plus two speakers and provide a neat solution for increased sound quality.

Subwoofer Stereo Systems: Along with a separate amplifier and speakers, these stereo systems include a separate subwoofer for enhanced bass. They are an ideal stereo system to add to your entertainment system and video sources, offering high quality sounds. Perfect for parties or if you like music with a lot of bass.

Wireless Stereo Systems: These modern systems take all the frustration out of speaker placement by connecting them to the amp via wireless technology, the most well known of which is bluetooth. This means that you are able to place speakers wherever you want and move them where needed without worrying about wires.

Bose: Begun by MIT graduate student Amar Bose in 1964, Bose is based in Framingham, MA. Their signature Wave System speakers use a series of folded passages to carry sound from the speaker driver to the front grill of the unit, allowing the compact units to create clear, surround sound.

Sony: Sony, a Japanese corporation founded in 1946 in Tokyo, Japan, created the Sony Walkman, the world’s first portable audio player. They have continued innovating since that 1979 invention, and their dock and wireless stereo systems are offered in a range of prices, features, and designs that provides a perfect choice for any stereo system consumer.

Denon: Denon, another Japanese company that began in 1910, has over 100 years of audio innovation under their belts. Their all-in-one home stereo systems include a large number of connection options to let you listen from almost any audio source.

Onkyo: Rounding out the top 4 stereo system brands is Onkyo, a third Japanese corporation, also founded in 1946. Their stereo systems will instantly transform your space into an intimate home theater.