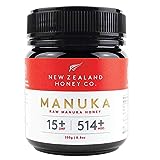 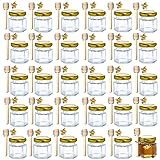 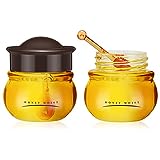 Your Guide To Buying a Honey

Whether for cooking purposes, as a sweetener, or for health purposes, mankind has utilized honey for millennia. The benefit of honey is that it is more concentrated than regular cane sugar, so that you can use less to get the same amount of sweetness. And honey is absorbed into the bloodstream more gradually, putting less stress on the pancreas (which is important for people who must watch their blood sugar levels). But there are many varieties of honey nowadays: Besides the familiar type of processed honey, that comes as a clear, amber-colored viscous liquid, there are also organic honeys that have a consistency of peanut butter. There is also naturally crystallized honey. Here is a guide to some of the best honeys on the market.

Bees produce honey from the nectar that they forage from flowers. The color and taste of the honey will be influenced by the types of flowers from which the bees collect the nectar. The color can vary from nearly colorless to dark brown. And the flavors can vary from mild to pungent. Here is a list of the forms in which honey is sold:

Wedderspoon-- is a producer or Manuka and gourmet honey, based in New Zealand. It was started by Diane Wedderspoon in 2005. They started producing Manuka honey (which is originally native to New Zealand) in North America, after seeing how difficult it was to find in Canada and the United States. They now have 35 varieties of Manuka honey products.

Y.S. Organic—is a company manufacturing bee products, located in Sheridan, Illinois. They are part of the Y.S. Eco Bee Farms, that were established in 1985. They hold organic fairs, that educate people about the benefits of organic honey and the honey preparation process.

Manuka Health—is a producer of organically produced health and beauty products. They were founded by Kerry Paul in 2006, in the city of Te Awamutu, New Zealand. They also make bee products, such as propolis, Royal Jelly, bee pollen, and honey-based treatments.

Comvita—was founded in 1974 by Claude Stratford and Alan Bougen. They produce honey and honey-based products that do not involve overheating the honey, so as to preserve its enzymes and vitamins. They also make oil leaf extract and propolis, and utilize these things in their health products..