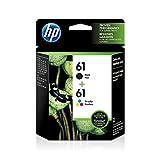 Your Guide To Buying an Inkjet Printer

If you want to buy a printer, you'll have to ask yourself what are going to be your printing needs. If you need to print a lot, you would lean in the direction of a laser printer. But laser printers are expensive, and use expensive toner cartridges. But if your needs are small, the inkjet printer is probably best for you. They print good-quality color and black-and-white images, and are suitable for school reports, advertisements, or light office work. But there are still some details that you should look for. Here is a guide to some of the best inkjet printers on the market.

Brother: Formed in 1954, Brother opened its American branch and moved into the fields of knitting machines and home electric appliances. Over the years they have built up their portfolio to include electronics and printers.

Canon: Canon's founding mission was to build a company that created high-quality cameras. Canon realized this dream in 1936 when it released the Hansa Canon, Japan's first 35mm focal-plane shutter camera and have expanded over the years into producing an array of electronics, including printers.

Epson: The history of Epson America and their parent company Seiko Epson Corporation began in 1942 with a heritage watchmaking that led to the invention of the world's first quartz watch. From there the company expanded into electronics and its printed are now rated among the best.

HP: Bill Hewlett and Dave Packard became friends at Stanford University, 75 years ago, before forming a two-person company in a rented garage—the original Silicon Valley startup and are now a renowned name in computers and printers.