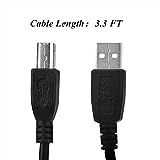 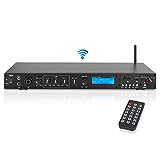 Your Guide To Buying an Internet Radio

Whereas a conventional radio only has access to stations in your immediate area within a 100-mile radius, an Internet radio device (also called a WiFi radio) is a big upgrade. They can access Internet radio stations from all over the world. Internet radio was introduced by Carl Malamud in 1993, when he started a radio talk show from his computer. But Internet radio's versatility is that almost anyone can broadcast on Internet radio as well: all you need is a computer with an Internet connection and some sort of audio content to upload. But there are a lot more features that today's WiFi radios provide. Here is a guide to some of the best Internet radios on the market.

Grace Digital—was founded by Jim Palmer and Greg Fadul in 2007 in San Diego, California. They are innovators in making products for WiFi Internet radio, wireless Internet tuners, media players, HD radio, and audio for the home, office and outdoors.

Sangean—is located in Santa Fe Springs, California. Their parent company is Sangean Electronics, which was founded in 1974. They are manufacturers of consumer electronics such as WiFi radio, clocks and clock radios, iPod and iPhone docking stations, and more.

Aluratek—was founded in 2006, and is located in Irvine, California. Their goal is to make attractive and fascinating electronics products. Their first product was digital photo frames, but they have expanded to WiFi Internet radio, Bluetooth Audio accessories, mobile device chargers, and Smartphone and Tablet accessories.

Ocean Digital—was founded in 1992 in Kowloon Bay, Hong Kong, as makers of Digital Audio Broadcasting, 3D sound, and Internet radio. They employ the latest technology to ensure high sound quality in their products. Their products also include access to social networks and other leisure activities.