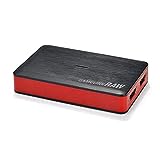 Your Guide To Buying a Kodi Streaming Device

Kodi is an open-source media player, that was originally developed the XBMC (= the XBox Media Center) Foundation. It is available for a number of operating systems: Windows, Mac, Android, Linux, and more. Once you install Kodi, you can video, audio and look at photos and documents on your TV or computer. Kodi is popular because it is compatible with a very wide range of video formats. Kodi also allows you to stream from video services, such as Amazon Prime Instant Video and YouTube.

There are set-top box-type devices that have the Kodi software on them, which are designated specially for streaming content to your television. The Kodi box is not only for TV content: in many instances, they can be used for gaming as well. These streaming devices differ in the speed of their processors, the resolution of the images that they can project, and (of course) price.

We've put together this guide to help you select the best Kodi streaming device that answer to your needs. It'll help you:

Matricom--was founded in 2008 in the field of business and consumer streaming technology. Their headquarters is in Orlando, Florida. Their major product is the G-Box Q2, which is capable of streaming video and games onto your television.

Epteam--makes a number of video streaming devices in the form of TV sticks and TV boxes, as well as iPhone data cables, USB chargers, and more.

Kodisam--are makers of media streaming devices. Their TV Stick is a USB device that allows you access to movies and television programs, as well as featured apps and games, such as Netflix and Amazon Fire TV.