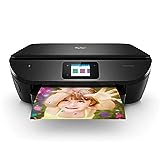 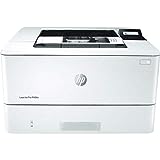 Your Guide To Buying a Laser Printer

It wasn’t long ago that if you needed to print something, you were limited to two options: if you were a home user, a dot matrix printer was the only affordable option on the market, and you had to accept the fact that it would be slow, loud, and have lousy print quality. If you were lucky, you had access to an inkjet printer (or, in rarer cases, a laser printer) at work. Today, things have changed a lot—what had been a gadget that was expensive enough to be exclusively for office use has become smaller, more reliable, and so inexpensive that just about everyone can afford to have one at home. And if you do any amount of work at home, a good laser printer has become a virtual necessity. Here is how to find the best laser printer for your needs.

High-volume printers: Unlike the other options on this list, high-volume printers don’t do every single thing that you could possibly need. That isn’t a flaw, it’s by design—they are meant to give you a large number of printouts quickly and reliably.

Home office printers: On the other end of the spectrum you’ll find “home office” printers. These models (often called “3-in-1,” “4-in-1,” “all-in-1,” etc.) give users high-quality printouts, but also serve as copiers, PDF makers, and even fax machines.

Color/monochrome: These printers are just what they sound like. Monochrome printers work exclusively in black-and-white (and grays), while color printers offer users the ability to print in just about every color imaginable.

Here are some of the things reviewers talk about when giving feedback on their printer purchases:

HP: Hewlett-Packard shows up on most lists of top brands of computers and computer accessories, and for good reason—they’re one of the most reliable businesses in the market. The electronics manufacturer was founded in California in 1939, and has been at the forefront of computer products since computers started showing up in almost every business and home.

Canon: Like Hewlett-Packard, Canon has been around for decades. The company was founded in 1937 as a camera manufacturer, and it has since broadened its product lineup to include copiers, printers, and a host of other imaging solutions.

Brother: Brother is the oldest company on this list, having been founded in 1908 in Japan. Originally a producer of sewing machines (which the company still makes), Brother later added typewriters, copying machines, and printers to its impressively wide array of products.