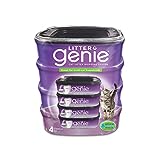 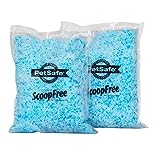 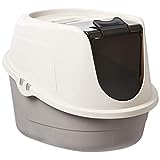 Your Guide To Buying a Litter Box

Whether you have a new kitty or your cat is grown up (and out), at some point it’s time to buy a new litter box. Litter boxes are a cat owner’s best bet to a clean house with an indoor, un-toilet-trained cat. But there are so many options - which do you choose? Which brands are the highest quality and which companies have great customer service? What features do you need to look for? We’ve done the research for you, and created a buying guide for your new litter box.

The size of the box is an important consideration when picking litter boxes. Here are the reasons to go in a certain direction:

Larger: Larger litter boxes have dimensions of around 23” x 18” and will fit larger and adult cats. There are litter boxes even larger than this in case your fur ball is lion sized (25+ lb). Note that larger boxes need more cat litter to maintain a litter height of 2” - 4”. In spite of this, some cat owners prefer larger litter boxes so that they need to scoop less often.

Smaller: Smaller litter boxes have dimensions around 19” x15” and are good for kittens and small cats. Smaller litter boxes are helpful for using less cat litter to maintain a litter height of 2” - 4”. No, keeping the smaller litter box will not make your pet start dieting so that it can fit into its jeans. It will leave signs on your floor and furniture to let you know when it’s time to upsize.

Size: Cats tend to be around 10” in height, 18” in length minus the tail. Dimensions of the litter box that would be comfortable for a normal to large cat (13+ lbs) should be around 22” L x 18” W. It is important that your cats can fit inside so that they will use the box instead of the floor.

Shape: The bottom should be smooth and flat so that the litter is easy to clean. A square sided box is easier to clean than one with rounded corners or a circular box, as most scoopers cannot reach rounded corners cleanly. Although one can turn a scooper on its side to deal with hard to reach areas.

Doorway: The doorway of the covered litter box should be sized large enough to fit your cat even when it’s toting those few extra pounds from eating the family size dinner you left on the counter. Cat weight varies widely, but for cats on the larger side, look for doorway width of at least 7”. Closed doorways work as odor-control but they have received negative user reviews because of poor quality, and users often remove them and use other odor-control methods (see “Odor-control” in this list). A high doorway helps against litter spills as the cat exits. Litter mats are useful in tangent with litter boxes (especially open-top boxes) to catch litter that sticks to their paws. However, most mats have received negative user reviews either because of difficulty cleaning or because many cats long jump over the rough material on their way out.

Top-bottom seal: A covered litter box should be easy to open and close for scooping, but should fit properly so that the cat doesn’t accidentally pop the lid off and so that high streaming urine leakage or litter mess does not pass through.

Handle: Most litter box handles are made for lifting off the top to scoop, rather than for carrying the litter box from place to place. The top-bottom seal of covered litter boxes are usually not strong enough for litter box relocation.

Scooper: While many non self-cleaning litter boxes may come with a scooper, these are usually smaller or made of plastic. If scooping becomes a nightmare, look for larger metal scoopers, or even appropriate the slotted spoon from your kitchen. However, a small scooper may be best for litter boxes with rounded corners.

Odor-control: There are no real solutions to odor-control other than regularly cleaning out the waste. Don’t look at me like that. I know you like cleaning.

Mess: Inevitably, your floors will be a repository for cat litter. Will we cry about it? (Yes.) The best solutions for litter mess is to use a covered litter box and to sweep often. High entrance boxes, cat mats, and litter box stairs or ramps do not ensure that litter stays off the floor. Litter will stick to the cat’s paws no matter what, and your cat will sit on your keyboard.

Number of boxes per cat: The number of litter boxes is mostly a matter of what you are willing to put up with cleaning. Fewer litter boxes mean you must clean them sooner because of odor, because the litter gets used up when surrounding more waste, and because a cat may reject a dirty litter box and find a clean corner in the house instead. More litter boxes mean that you have more boxes to clean. Note that boxes in dispersed locations create a mess in more places and leave one with more waste containers to change.

Amount of litter: The amount of cat litter needed per month after the initial fill depends on the type of litter and the number of cats per box. Those who use clumping litter tend to scoop waste, and they use less litter per month. Those who use non clumping litter tend to change the litter from the entire box, and they use more litter per month. Scoop frequency must be increased if there is not enough litter in the box (or else the waste will stick to the box).

Litter height: Litter height should be at least 2” - 4” deep so that there is enough litter to dig and cover waste. The deeper the litter, the more easily it can hold the cat’s waste, and the less often one must scoop. Some reviews mention that it is harder to scoop deeper litter, but the majority of litter box users do not find a problem with this and mention that a flimsy scooper may be the issue. On the flip side, litter that is too close to the rim of the box may be tossed out more easily when the cat is digging, and may form a sandcastle outside your litter box. If the litter is too shallow, then the pee sinks directly to the box instead of being absorbed/clumped by the litter on the way down. This makes it more likely to have a smelly box, and creates a need to scrape pee off the bottom. Cat owners who use regular litter instead of clumping may use a small amount of litter because they want to toss the whole box of litter out and start fresh each time.

Petmate: Petmate has an entire line of cat, dog, and bird products that they sell through leading retail companies. Petmate has made our top ten lists for litter boxes, automatic pet feeders, dog houses, kennels, and dog crates.