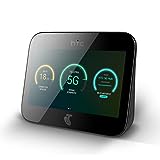 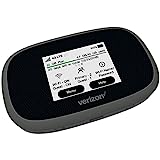 Your Guide To Buying a Mobile Hotspot

A mobile hotspot (also known as MiFi--mobile WiFi) is a device that allows you to access internet for your laptop, smartphone, or tablet. If you travel abroad and try to access the same internet provider that you use at home, you might have to pay exorbitant charges for every download that you perform. But if you use a mobile hotspot, you pay a company a flat charge, and it allows you internet access for a number of devices, for a specified period. The mobile hotspot thus combines the functions of a modem and a  Wi-Fi router--it allows other Wi-Fi devices within range to reach the Internet via its cellular connection. They can either be devices dedicated to providing internet connectivity, or smartphones in their own right. Some require you to subscribe with a mobile device provider.

We've put together this guide to help you select the best mobile hotspot that answers to your needs. It'll help you:

We can categorize the types of mobile hotspots as follows:

Virgin Mobile--is a brand of wireless communications, offering a range of handsets, service plans, and network radio interfaces for each country in which they are stationed. Virgin Mobile USA was founded in 2001 in San Francisco, California, but then later merged with Sprint Corporation. They offer high-speed data packs, international calling options, mobile hotspots, games, music and more on their devices.

Skyroam--is based in San Francisco, California, but they have offices in China and Hong Kong as well. They were originators of the Skyroam Hotspot--an idea to provide an affordable mobile internet connection even when traveling abroad, that is data-secure and efficient. Their technology allow you to register once, but get connectivity for as many as five mobile devices, with a number of different affordable plans.

Netgear--is a provider of networking products for the home, business, and for service providers. They were founded in 1996 in San Jose, California. They make network switches, wired and wireless firewalls, network-attached storage products, and more.