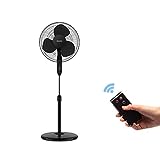 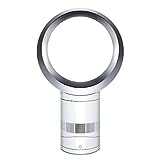 Your Guide To Buying a Pedestal Fan

Fans propped up on a stand, called either pedestal fans or stand fans, are convenient when it gets hot. The pedestal fan is also placed on the floor, but it has a four-legged base (the “pedestal”) and a telescopic tube to vary the height. The height usually can vary between 15-48 inches. The fan blades are placed on the telescopic tube. They usually have a number of speeds, and have a button to allow them to swivel. That way, you can manage to cool off an entire room. But there are several models of stand fans. What are the factors to help you decide which to buy? Here is a guide to some of the best stand fans on the market.

Manual control: These fans will have a set of buttons or knobs to adjust the speed, and to allow the head to oscillate.

Industrial Fan: These will be very powerful, being able to circulate air through an entire warehouse. For example, the Gizmo Supply Company's 20” Oscillating Pedestal Industrial Fan is on a 5-foot tall pedestal, and can move air up to 8,300 cubic feet per minute. The Air King 9175 30” Industrial Grade Oscillating Fan is 30” in diameter, and can be used to cool off a very large area, like a warehouse or barn.

Misting Fans: There are stand fans that scatter a spray of water, while circulating the air around you. This can cool you off even more. This model is especially useful at summertime outdoors events where air conditioning is not practical.

Rowenta: was founded by Robert Weintraud in Offenbach, Germany in 1884 under the name Weintraud & Co. He first started manufacturing office supplies, lamps and clocks. In 1909, he shortened the company name to Rowenta. They make all sorts of household appliances: irons, vacuum cleaners, heaters, humidifiers and fans.

Lasko: was founded by Mr. Henry Lasko in 1906 in Philadelphia, Pennsylvania. He first started manufacturing metal products, but then he expanded into small appliances, fans and household portable heaters.

Comfort Zone: has been making heaters, fans, and humidifiers since 2006. Their fans include personal fans, table fans, pedestal fans, tower fans, window fans, box fans and wall mounted fans. Their stand fan has a folding base, so as to save space when you want the fan out of the way.

Vornado: are makers of air circulators, heaters, air purifiers, humidifiers, and steamers. They were started by Ralph K. Odor and Ottis A. Sutton in 1945 in Andover, Kansas, when they started trying to optimize airplane propellers—they realized that the same design could be used for household fans. They make compact table fans, as well as tower and pedestal fans.