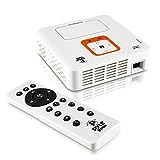 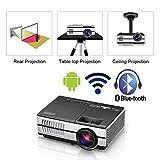 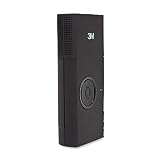 Your Guide To Buying a Pocket Projector

Mini (or palm top) projectors may be tiny but they get the job done. If you are looking for something compact and efficient enough to wow a business presentation or enjoy a movie night with your family wherever you are, then this convenient gadget is what you are looking for. There are tons of options out there and the difference between them could mean the difference between impressing your board of directors or leaving them disappointed. To help you sift through hundreds of options to find the perfect wowing projector for you, we have put together this Mini Projector Shopping Guide.

Mini projectors can be divided into either palm-top or pico projectors, differing in size and portability. Choosing one will determine what image clarity you need and how portable you need it to be. The breakdown below will help you compare and choose the right mini projector for you:

Palm-top Mini Projectors: Offering a lot of power for their size, these portable projectors can produce larger images. On average they are about 2.5 by 5 inches in size, making them small enough to bring to any presentation but still big enough for movie night at home.

Pico Mini Projectors: These lightweight projectors are about the size of a mobile phone and generally can fit into a pocket. Ultra portable and small enough to go everywhere, they are the ultimate convenience projectors which you can set up any time, any where.

Aaxa: Aaxa was founded in 2008 as a manufacturer of micro/mini projectors, and in 2010 launched the world’s first pico projector. They have numerous patents in Liquid Crystal on Silicon and optical designs.

Brookstone: Brookstone is a privately owned company headquartered in Merrimack, NH. Their retail stores are unique in that consumers may use and play with any product in the store before buying them. Their mini projector was our number one ranked projector at the time of writing.

FAVI: Favi Entertainment designs and markets projectors, mobile accessories, and digital media devices. They have produced over 120 products since they began in 2006 and are a favorite among consumers in the projector market.