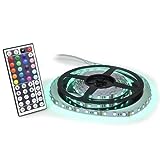 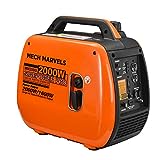 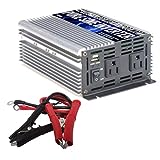 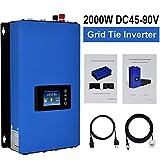 Your Guide To Buying a Power Inverter

A power inverter is used to convert direct current (DC), as from a car battery, to alternating current (AC), which is what is used to run your household appliances. For example, if there is a power outage in your house, you can use an inverter to hook up your truck or car battery to run your refrigerator on battery power, so your food won't go bad. It can also be employed in running a heater or a pump. Or, if you are traveling in a recreational vehicle or boat, an inverter will help you run your refrigerator or stove while camping.

We've put together this guide to help you select the best power inverter that answer to your needs. It'll help you:

Bestek—was founded in 2007, and they are located in Shenzhen, China, even though they have offices in the US, United Kingdom, and Japan. They manufacture power inverters, jump starters, travel converters, and a variety of chargers.

Energizer—started with W.H. Lawrence in 1896. Their original product was the Eveready battery, but they have expanded considerably, and now make power inverters, battery chargers, booster cables, and jump starters. Their corporate office is in Fort Lauderdale, Florida.

PowerBright—is a maker of power inverters. They make 12 V and 24 V DC-to-AC power inverters, in pure and modified sine waves, as well as step up and step down transformers. Their corporate office is located in Fort Lauderdale, Florida.