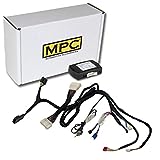 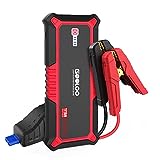 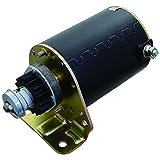 Your Guide To Buying a Remote Car Starter

The last thing you want to do on a winter’s day is get up, go out into the cold, sit in an even colder car, and wait for it to warm up while you drive to work. The same applies for a hot summer’s day. Fortunately, these days you don’t have to put up with that hassle, since there are plenty of remote car starters available on the market. A remote starter has become a common feature for new cars, but even if your car is older, you can find a starter to install (or have installed) without too much trouble. Here are some tips for finding the right starter for your car.​

Remote starters: These are the most straightforward models out there. A remote starter will get you car going, and that’s it.

Smart phone starters: For the technologically-inclined, there are a number of starters on the market that work directly with users’ smart phones.

If you look through the reviews section of car starters, here are some of the common themes that you’ll notice:

Viper: Viper has been one of the industry leaders in car protection technology since its founding in the early 1980s. The company has a well-deserved reputation for producing quality car alarm systems, so it comes as little surprise that they have moved into remote starters.

Python: Another leader in car protection, Python offers a variety of security systems that offer customers a number of features, including remote controlled starters.

Autopage: Autopage is one of the oldest and most successful automotive security companies in America. It was founded in 1979, and has been producing car alarm systems ever since. In recent years the company has moved into producing remote control starters and phone apps.

Bulldog: Bulldog Security has been producing automotive electronics since 2001. Even though it is one of the newer companies on the list, it has already established a reputation for quality.

Avital: Avital is a leader in automotive technological development, with over 100 patents for car security devices.