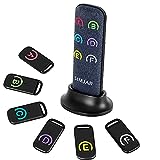 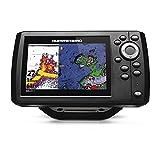 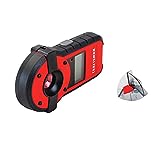 Your Guide To Buying a Stud Finder

If you're interested in making your own renovations to your home, a stud finder can be a handy tool. For example, if you want to change some plasterboard, you will have to find where the studs that hold the plasterboard in place are located. Finding the studs is also essential if you want to cut in a new door or window. Or for a more simple use: let's say you want to attach a TV screen bracket to your hollow or plasterboard wall. You have to know where to drill the holes for the bracket—if you won't attach it in the right place, it'll probably fall off the wall. The same thing will apply for putting in a nail or screw for a picture frame, bookshelves or a towel bar. Or maybe you want to hang something from your ceiling—you'll want to find the studs, to know where to insert a screw or screw-in hook. Here is a guide to some of the best stud finders on the market.

Studs are beams of wood in a wall or ceiling that lend support to the frame of the structure. Stud finders work by lighting up as you approach a stud. Some help you locate the stud's edges, whereas others help you locate the stud's center. The stud is typically 1.5 inches wide. The studs are attached to the posts of the structure by means of nails. If you detect those nails, you'll know where the stud is. That is the principle behind the magnetic stud detector:

Franklin Sensors Inc.-- was founded by David Dorrough. They are located in Boise, Idaho. They specialize in stud finders that are more accurate, faster and less error prone than the standard product.

Zircon—was founded in 1975, as a maker of digital watches and video games. They started making stud finders in 1980, and now have a wide selection of levels, measures, drill guides, and metal scanners. They have their headquarters in Toronto, Ontario, Canada.

General Tools and Instruments—was founded by Abe and Lillian Rosenberg in New York City in 1922. They originally made hardware and specialty hand tools, but they rapidly expanded into die-cast tools, and digital test and measurement tools. They were acquired by High Road Capital Partners in 2014.

Kapro—is a global manufacturer of hand tools since 1986. They have their headquarters in Lake Mills, Wisconsin. They make laser levels, and tools for layout, marking and measuring, as well as construction and carpentry tools.