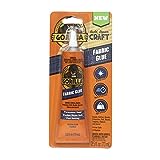 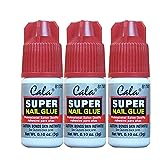 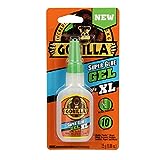 Your Guide To Buying a Super Glue

In 1980, Krazy Glue made an advertisement showing a construction worker gluing his helmet to a steel beam with just a few drops of their glue. Seeing the construction worker suspended in air by his helmet was a tremendous sales pitch. Super glues have been known for decades as a strong adhesive that bonds within seconds. Ever since Harry Coover and Fred Joyner invented Ethyl cyanoacrylate in 1942 and realized its gluing capabilities, 300,000 different uses for it have been discovered. But it also comes in several forms. What is the one that is best for you? Here is a guide to some of the best super glues on the market.

Even though they all contain ethyl cyanoacrylate, Super Glue is marketed in a few forms:

Liquid form: Super Glue liquid needs the parts to be clean, and the substances to be non-porous. So they'll be adequate for metal, plastic, and rubber. They will be in several application forms:

Gel form: Super glue gels are thicker, for porous applications. That makes it ideal for wood, leather, and porcelain. This type of Super Glue is also to be used when the parts don't mate perfectly anymore. Super Glue gel will fill the crevice perfectly. It will work on uneven, oily and dirty surfaces, penetrating through grease.

Elmers—is a division of Borden Inc., founded in 1857 by Gail Borden, as makers of glues from casein, a milk-byproduct. They started making their famous white glue in 1947, under the name Elmer's (Elmer being the name of the company mascot, a bull). They are located in Columbus, Ohio.

Loctite—was founded in 1953 by Vernon Krieble in Hartford, Connecticut under the name American Sealants. They assumed the name Loctite in 1953. Their greatest fame comes from the Super Glue product, even though they make over 1000 types of sealants, adhesives and surface treatments.

Super Glue Corp.-- is a company located in Ontario, California. Their most famous product, Super Glue, was developed in 1942 for military purposes, but then was adapted as a commercial adhesive in 1952 by Harry Coover and Fred Joyner. The company Super Glue Corporation was founded in the mid-'70s, and have since become a leader in manufacturing high-grade bonding agents—both glues and epoxies.

Harbor Freight Tools-- was founded in 1977 as a small, family-owned business, making quality tools. Their headquarters is in Calabasas, California. They operate a chain of retail stores for discount tools and equipment.